Investigating Employee Complaints in the Workplace 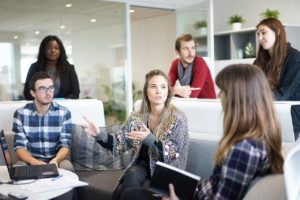 Companies are often confronted with employee complaints about the workplace environment.  How a company addresses such complaints often directly impacts the workforce’s productivity and, ultimately, the company bottom line. While timely and efficient investigation can often reduce a company’s liability, failure to take timely and appropriate action can lead not only to an unhappy workforce, but additional penalties if the complaint is improperly addressed.  A company’s failure to quickly and effectively investigate and address complaints can lead to prolonged litigation, fines, penalties, and an increasingly disengaged personnel.  These potential negative impacts can be particularly difficult for a small business to overcome. Every complaint raised must be treated with respect by a company taking the necessary and appropriate action to address the issue. In addition to helping defend litigation, a prompt, thorough, and impartial investigation will help increase morale as employees see they are valued and treated with respect by their employer.

Some of the top 10 mistakes companies make in addressing employee complaints include:

Each investigation should have a defined purpose and scope.  In addition to interviewing the complainant, accused, and any witnesses, companies should gather any physical evidence which either supports or defends the allegations made.  This might include copies of emails or text messages, reviewing technology access records, or reviewing phone logs.  When the interviews are conducted, open-ended questions designed to draw information out should be asked, rather than questions which suggest the answer the interview is seeking.  Above all, the investigation must be impartial.  Any evidence or testimony which corroborates either party’s position should be included in the investigation and taken into account when determining the outcome and any disciplinary action to be taken.

At the conclusion of the investigation, a written report should be prepared outlining the incident investigated, who was involved, key findings and determination of credibility of each person interviewed, an analysis of the employer’s policies, if any, which address the subject of the complaint, specific conclusions and recommendations, and the ultimate action taken by the company.

As much as possible, companies should encourage all people involved to maintain confidentiality about the allegations, the parties, and the investigation.  A lack of confidentiality leads to lost employee trust, which can often lead to employees refusing to share critical information.

At the completion of the investigation, the complainant should be notified that action was taken, even if details are not shared for confidentiality reasons.  Additionally, supervisors or managers should be reminded that retaliation against the complainant is not acceptable or legal and will not be tolerated.  Finally, review the investigation process to determine what aspects could be improved for use in future situations.

Finally, once the investigation is concluded, a company should follow up with the complainant to confirm the problem investigated has been solved.  Confirming the misconduct has ceased, the offender has met the requirements mandated to resolve the issues, and considering whether further company-wide training to prevent future problems all demonstrate respect for the employees and the company’s desire to create the best work environment possible.

Learn more about Employment and Labor laws here. You may also contact us with your questions or to set up an appointment with one of our attorneys.

Waldron & Schneider would like to congratulate Litigation Paralegal Maria Rosado and her husband PJ on the pending arrival of their new daughter, Nati. ... See MoreSee Less

Partner Vanessa J. Maduzia writes in her blog about what to do and how to protect oneself when the lottery is won.